Louise Goffin has more than paid her dues. She may be Carole King and Gerry Goffin’s daughter, but in the course of nearly forty years of writing, recording and performing, not once has she come on as a stereotypical, entitled-to-superstardom showbiz heiress. In fact, she has endured the same kinds of peaks and troughs as anyone else coping with the vagaries and capriciousness of the music industry and has conclusively shown herself over and over again to be a talent in her own right. Three times, major labels have taken her in and then ejected her unceremoniously, despite the fact that she has never submitted less than stellar work. But right now she’s riding another high as she prepares to open for her mother at Hyde Park on Sunday 3rd July, and her new collection, The Essential Louise Goffin, Vol 1, is imminent.

“Because it’s such a big opportunity, I just went into high action mode to get everything in place,” she says, speaking on the phone from California, as she packs for London, radiating an easy warmth and vivacity. Having burst, seemingly fully formed, on to the recording scene in 1979 with the album, Kid Blue, she’s had a career characterised by perseverance and determination. She started out on David Geffen’s fabled Asylum label where her colleagues included Joni Mitchell and Eagles. Kid Blue was a striking debut – a mix of convincing rockers and singer/songwriter odes. Writing or co-writing the songs and accompanying herself on guitar and keyboards, it was clear Louise was no conveyor-belt pop tart or production-line diva. Another album came and went in 1981, and in 1984, pursuing new opportunities, Louise set out on a ten-day trip to London. “It turned into ten years,” she laughs. “I came for ten days, and then it was Christmas and I just kept staying”.

Initially, she was taken in by the Stiff label and it’s easy to imagine her alongside their other signings, perhaps pushed as a kind of Rachel-Sweet-who-writes-songs-and-plays-instruments or an American Kirsty Maccoll. When the deal with Stiff went nowhere, Louise moved to Warners where, toiling with super-producers Steve Jolley and Tony Swain, she created the album, This Is The Place, a highly persuasive, grownup pop confection, flavoured with all the late 80s state-of-the-art, studio trappings. “They did an amazing job on the songs,” she says, “but it was light and pop for me. A lot of things were programmed and I’d been used to playing with bands”.

After This Is The Place, Louise set to work on another album, this time for Warners label EastWest, part of it recorded on Dave Gilmour’s houseboat studio, Astoria. After she’d devoted three years to it, the company summoned her for a talk. “It was the beginning of that era when everything was getting bought up by bigger companies, and they said, ‘You know, Louise, it’s time to go, sorry, it’s been five years and you don’t have a hit’. I was gutted. I thought my life was dead in the water. I’d been writing and recording this great record and now it was never going to come out. It was soul-destroying. Now I listen back to those recordings and I go, ‘Oh, God, some cool tracks, but so much reverb and gated drums, what was I thinking?'”.

The nineties turned out to be a lost decade, though not for lack of industry on her part. She toured the world with Tears for Fears, playing electric guitar, and leant her banjo-playing skills to Bryan Ferry. But her own output ground to a halt. “Not one single thing I did got released in the nineties. It was ridiculous. An entire decade. I was a compulsive songwriter and demo-er. I’d put the reel-to-reel on and I would go bass part, guitar part, keyboard part, vocals, backing vocals, reverb. I was always multi-track recording, I never stopped. It was my favourite thing to do. But nothing came out.”

At the end of the decade, Louise’s boyfriend (now ex-husband), up-and-coming producer Greg Wells, was due to meet Lenny Waronker (producer and industry executive). “He and I had written some songs, and I said, ‘You’d better take some of them in or there won’t be dinner when you come home tonight.’ So he took ‘Sometimes A Circle’ and ‘Instant Photo’. The tape didn’t even have my name on it and Lenny said, ‘Holy shit! Who is this?’ So I got a two-record deal based on that”.

Her confidence bolstered by the fact that the label had wanted her without knowing her family connections, Louise completed the album Sometimes A Circle around the demands of her first pregnancy. It came out to a great reception – it had something for everyone; expansive, creative production, melodies with a twist, surprise chord progressions, lyrics bursting with imagination. By rights, it should have endeared her to Aimee Mann’s audience and beyond. The plan was hatched to build on it with a great follow-up. 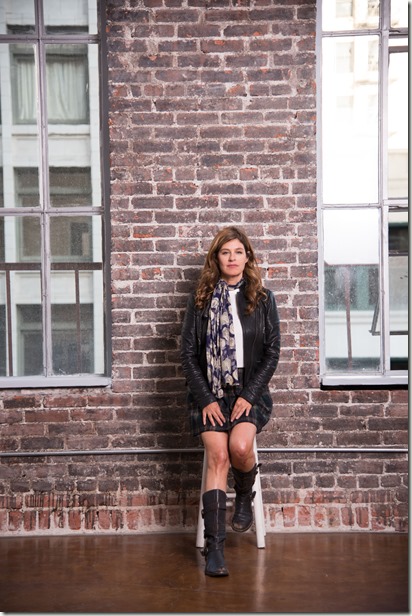 “Then I got a call from Lenny to say that Dreamworks was being gobbled up by Interscope, so here’s some money to say goodbye and good luck”. For the second time, Louise found herself with the beginnings of an album but nowhere to put it. By now a mother of two, she was also going through a divorce. Recording took a back seat until she joined a leg of her mother’s tour in 2008 and needed some product to go with it. She assembled eight songs, some of which had been intended for the second Dreamworks album, called it Bad Little Animals, and put it out herself, inaugurating her label Majority Of One. “I thought of it as my ‘let me throw together everything I’ve recorded’ album. It was very homespun – I handmade the artwork, made up a label name and pressed up the CDs. I never thought of it as a record per se. My father kept saying, ‘I really like that record. Have you heard Bob Dylan’s new record? I think he must have been listening to your record.’ I said, ‘Dad, I don’t think Bob Dylan was listening to my record but thank you for the compliment.’ People do say they really like it, but I don’t have that objectivity about it. My life was so chaotic when I put it together”.

In 2011, a process began that saw Louise embracing her heritage in a new way. Throughout her career, while she had never rejected or denied it, she had, for understandable reasons, kept it at arm’s length. But then she was commissioned to produce her mother’s well-liked and Grammy-nominated album, A Holiday Carole (released as A Christmas Carole in the UK). “In the role of producer, I got to experience her differently. All of a sudden, I was not artist being enmeshed with her. She was not Mom who came before me and is so ridiculously famous that I have to make sure I don’t get gobbled up in that big, iconic whirlwind. Instead, I had to think, ‘How do I bring out the best in this great artist? How do I make her comfortable?’ I had this role that had nothing to do with being a singer/songwriter. I was associated with her but it was no longer a comparative association. It was almost like I was in the parent role in a way. And that record was so enjoyable, aside from the surprise that it got Grammy-nominated. I think I had a lot of skills that I didn’t own before then and mostly that’s from being kicked around and spat out by the music businesses multiple times. It affects an artist’s creative esteem when they get passed on and rejected, they don’t make the money. You start thinking, ‘I’ve been doing this over and over. I must be dysfunctional if I’m gonna go and make another record after having not one of them be in the Top 10′”.

Emboldened by this success, Louise issued her next solo album, Songs From The Mine, in 2014. It reflected an earthier, more rootsy approach than its two predecessors. The following year, the death of her father, Gerry, spurred her to release a tribute EP, Appleonfire. “He had no idea how much people thought of him,” she tells me. “He’d say, ‘I’m just an old hack’. He really did not see himself in any way remotely close to how people talk about him now that he’s gone. What quality of life he might have had known he had that kind of love and support when he was here”. Louise expresses frustration at the way that, in his lifetime, her father’s lyrics were mistakenly bracketed as ‘teen pop’, and we briefly discuss their brilliance; the linguistic economy, depth and intelligence. Now she is issuing her own recording of ‘(You Make Me Feel Like A) Natural Woman’ as the lead single from The Essential Louise Goffin Vol 1. “With hindsight, I realise that some gem tracks can just get lost in the shuffle. There’s some really great things that people haven’t heard, so I’ve cherry-picked from my last three records. I’m very happy with it. And I’m very happy that it’s volume 1 – the things that were left off the list didn’t lack merit and can be on another record”. 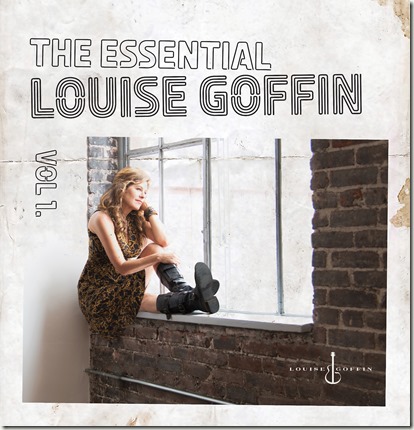 Since this is her first retrospective collection, Louise reflects on some of the lessons her rollercoaster career (“I hate the word ‘career’,” she says, “it doesn’t work for me with music – it’s like ambition!”). “I always look at myself as if I’m still a kid trying to break in – I used to feel like I was just pretending to do this job. But I’m doing what people do who have this job, so that must mean that I am doing this job. I started to feel like that because I decided not to wait around for anyone. I started treating myself like I want to be treated. No one else will treat you better than you treat yourself. The more love and attention I give to the songs I write, the more gratitude I have for the ability to live and breathe in music. I get so much back. Of course, life happens. People get sick that we have to take care of. Children come first – they always need to come first. As adults, we can wait. But I waited – I did wait – and my kids are bigger now, so I can make a record every year”. For Louise’s core audience – the people who see her as herself rather than as a famous daughter – this news could not be more welcome. There used to be gaps of seven to ten years between Louise Goffin albums and although the wait was always worth it, it’s a relief to hear her speak with such renewed vigour and commitment.

Louise Goffin appears at 3.40pm on Sunday, 3rd July at the Great Oak Stage in Hyde Park, London as part of the BST Series. Tickets available here. Find out more about Louise Goffin here and here.