Carole King’s Hyde Park gig on Sunday 3rd July – her first in the UK since 1989 – was like balm to a wounded city. She united 65,000 people and made it look easy. However, as she recreated Tapestry, her landmark bestseller from 1971, it was a reminder of just how much her other albums wither in its shadow. It’s a frequently repeated myth that nothing she did before or after was as good; in fact, Tapestry was the third in an excellent run of albums, seven of which were absolute sales champs in the US. Then, around 1978, her chart-busting reign ended, although she remained a popular live performer and continued issuing albums, albeit with longer and longer gaps between them. In truth, it may have been impossible for her to live up to Tapestry – and sometimes the critics came gunning for her. To help those who’ve only paid scant attention (or none at all) to her other works, here’s a roundup of her back catalogue. Rather than highlighting the whole discography, I’ve picked a representative sample of ten. 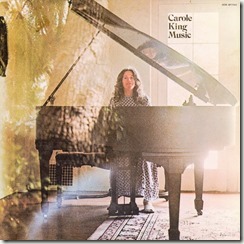 The followup to Tapestry, issued the same year, was a huge success, helped by the presence of hit single ‘Sweet Seasons’. Despite featuring fuller arrangements, it has a muted, reflective quality, evident in ‘Some Kind Of Wonderful’, the album’s sole dip into the Goffin/King archives. In contrast to Tapestry’s forceful and direct approach, Music is a softer-edged and jazzier collection, qualities reflected in its sepia-hued, gatefold cover and guest appearance from Curtis Amy. Music ends with a sudden burst of energy to rival ‘Smackwater Jack’, thanks to the ebullient ‘Back To California’. 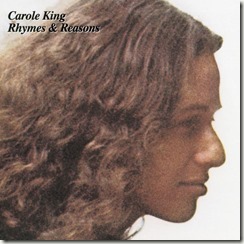 Presented in another sepia-tinged gatefold, Rhymes And Reasons was the sound of an artist retreating to a quiet space in order to make sense of life, love, politics, the world and fame. People who listen to it once find it bland. People who persist, don’t; repeated listens reveal this album’s mellow magic. The hit was ‘Been To Canaan’, but other highlights include ‘Peace In The Valley’ and ‘Ferguson Road’. The production is more detailed and elaborate, with pianos overdubbed on pianos and orchestral arrangements pointing the way to what would come the following year. 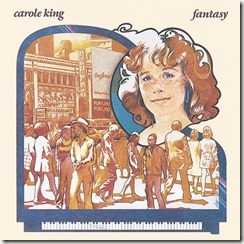 This is the unfairly maligned concept album in which CK imagines herself as a number of different characters (hence Fantasy) as they cope with the vagaries and problems of urban and suburban life. For once, King dispenses entirely with outside lyricists. She also orchestrates, arranges and conducts the whole ambitious, r’n’b-flavoured, Curtis Mayfield-inspired thing from start to finish. Worth the price of entry for the unexpected, dynamic Spanish-language hit ‘Corazon’ alone. In a damning review, the New York Times compared the album unfavourably to new releases by Joni Mitchell and Dory Previn. 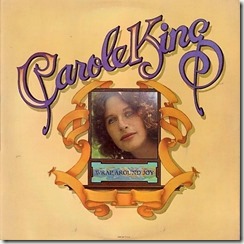 Perhaps bruised by the response to Fantasy, Carole went pop the next year, and her efforts were rewarded with two big hits – ‘Jazzman’ and ‘Nightingale’. Dave Palmer (from the first Steely Dan lineup) supplies all the lyrics. Carole layers her backing vocals as if to create the nostalgic sound of a girl-group chorus. Daughters Louise and Sherry Goffin make their recording debut and David Campbell supplies strings. A classic. 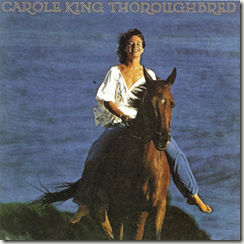 Like all its predecessors, Thoroughbred was produced by Lou Adler, but after this, he and Carole would part creatively (with one reunion in 1983). It’s an incredibly consistent album, with a back-to-basics focus on the kind of songwriting that made Tapestry great. The philosophical statement-songs (something at which King excels) ‘Only Love Is Real’ and ‘We All Have To Be Alone’ are exceptional. James Taylor, J.D. Souther, Graham Nash and David Crosby lend support. 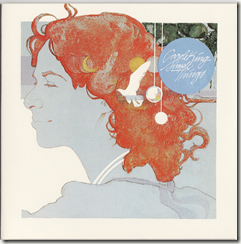 Savaged so mercilessly by Rolling Stone that Carole was compelled to write the magazine an open letter in its defence, Simple Things was meant to be a new start – a move to Capitol Records, a new band, with King and Norm Kinney co-producing. It’s easy to scoff at the album’s earnest paeans to nature and spirituality, but she clearly means it all. If you can’t put aside your aversion to pastoral rock, then you’ll miss out on ‘In The Name Of Love’ and ‘One’ – two of King’s most stirring songs. Rolling Stone named Simple Things the ‘Worst Album of the Year’. In the very same pages the year before, Stephen Holden had written a rave review of Thoroughbred. Never again would the magazine get behind a Carole King album. ‘Hard Rock Cafe’, the album’s lead single, was to become one of her last visits to the upper reaches of the Hot 100. 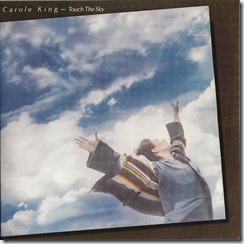 An Austin-recorded country-ish album made with Jerry Jeff Walker’s band. It’s much better than its commercial performance would suggest. Made in the aftermath of personal loss (King’s short-lived third marriage had ended with the death of her spouse), it opens with a fabulous, call-to-arms title track in which the artist’s ecological and political frustrations are aired. 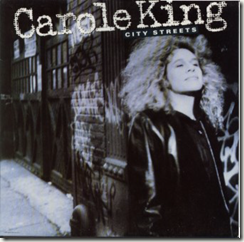 Definitely the most consistent of King’s four 1980s releases,City Streets includes support from Eric Clapton and is a robust and rocking effort with a should’ve-been-a-hit title track and two of King’s trademark soulful ballads – ‘I Can’t Stop Thinking About You’ and ‘Someone Who Believes In You’. 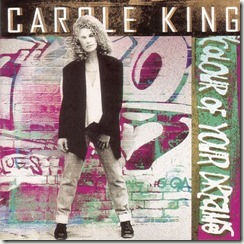 King’s sole 1990s studio set. According to the liner notes, it wasn’t conceived as an album, but more as a rounding-up of recent studio activities as they came together. Consequently, it lacks the sense of a unifying theme or arc, but it’s by no means without charm or substance. Featured are ‘Now And Forever’ (from A League Of Their Own), a guest appearance from Slash and the uncharacteristically desolate, once-heard-never-forgotten single, ‘Lay Down My Life’. 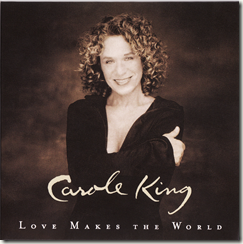 The most commercially-minded of all King’s albums and, to date, her last album of original material. It’s full of celebrity guests. The strategy isn’t without merit; witness the fantastic LGBT-friendly duet with KD Lang, ‘An Uncommon Love’. If Carole really intended to bow out of full-time recording with this album, then its closing trilogy ‘You Will Find Me There’, ‘Safe Again’ and ‘This Time’ are a befittingly brilliant goodbye.

Honourable mentions go to:
Now That Everything’s Been Said (1969) – Carole’s first foray into the album format, made under the group name of The City.
Writer (1970) – the first solo album proper, and it’s impressive.
Really Rosie (1975) – The Maurice Sendak collaboration; a splendid children’s album you don’t have to be a child to get into.
Easy With You (1976) – A shelved album, the existence of which has piqued the curiosity of fans for forty years.
Welcome Home (1978) – in the vein of Simple Things, with a beautiful, anthemic title track.
Pearls (1980) – Goffin/King songbook gets a creditable 80s makeover.
One To One (1982) – the last Carole King album to have a late-seventies feel.
Speeding Time (1983) – the obligatory 1980s synth album.
A Holiday Carole (aka A Christmas Carole) (2011) – A festive album that deftly avoids the sentimental pitfalls of the genre.

Susan Hampshire–Me And My Mum