What a delight it has been, from start to finish, collaborating with Cherry Red and the wonderful Rupert Holmes, to bring Rupert’s first three albums back to the market. They originally appeared on Epic in the mid-1970s and kick-started an amazing career that has seen Rupert excel at each and every creative field he’s entered – from pop to musical theatre, television and fiction. Rupert’s solo career began in earnest (there had been earlier projects) with Widescreen (1974), Rupert Holmes (1975) and Singles (1976). The first two were built to a unique concept – what Rupert and co-producer Jeffrey Lesser called ‘film-rock’. Songs That Sound Like Movies comes out in late February and can be ordered here. Inside the box is my 3000-word interview with Rupert. Many thanks to Joe Marchese and The Second Disc, whose illuminating preview can be read here. 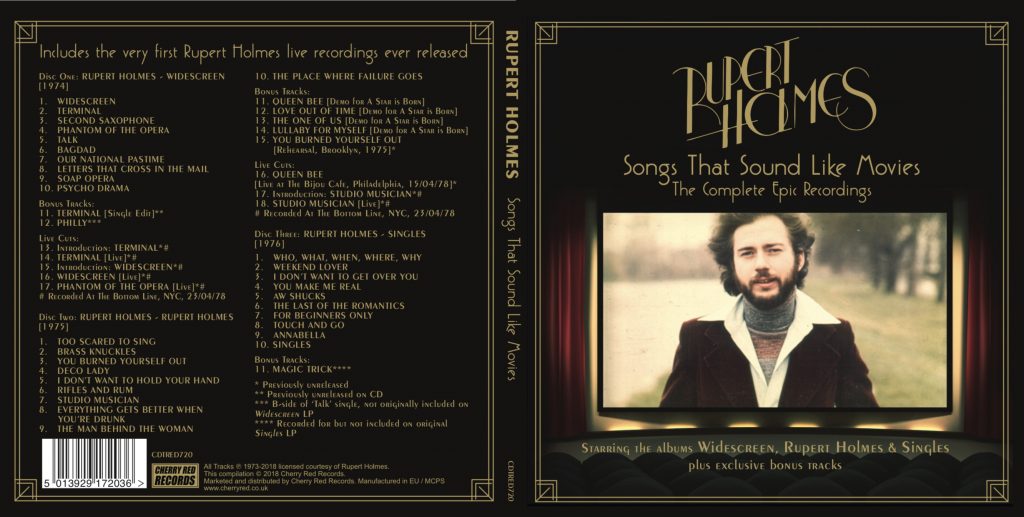