One of the more fascinating characters to emerge during the original singer/songwriter era was Chi Coltrane, whose career began with the explosive ‘Thunder And Lightning’ and a pair of thrilling and energetic CBS albums on which she displayed not only songwriting chops but also piano-playing abilities and an attention-grabbing vocal style. But from 1986 until roughly 2008, she was nowhere to be seen. Fortunately, she’s been much more active in the last ten years. I had the pleasure of speaking to Chi for the liner notes of BGO’s reissue of her Chi Coltrane, Let It Ride, and Silk & Steel. I also wrote this feature about her for Pop Matters. 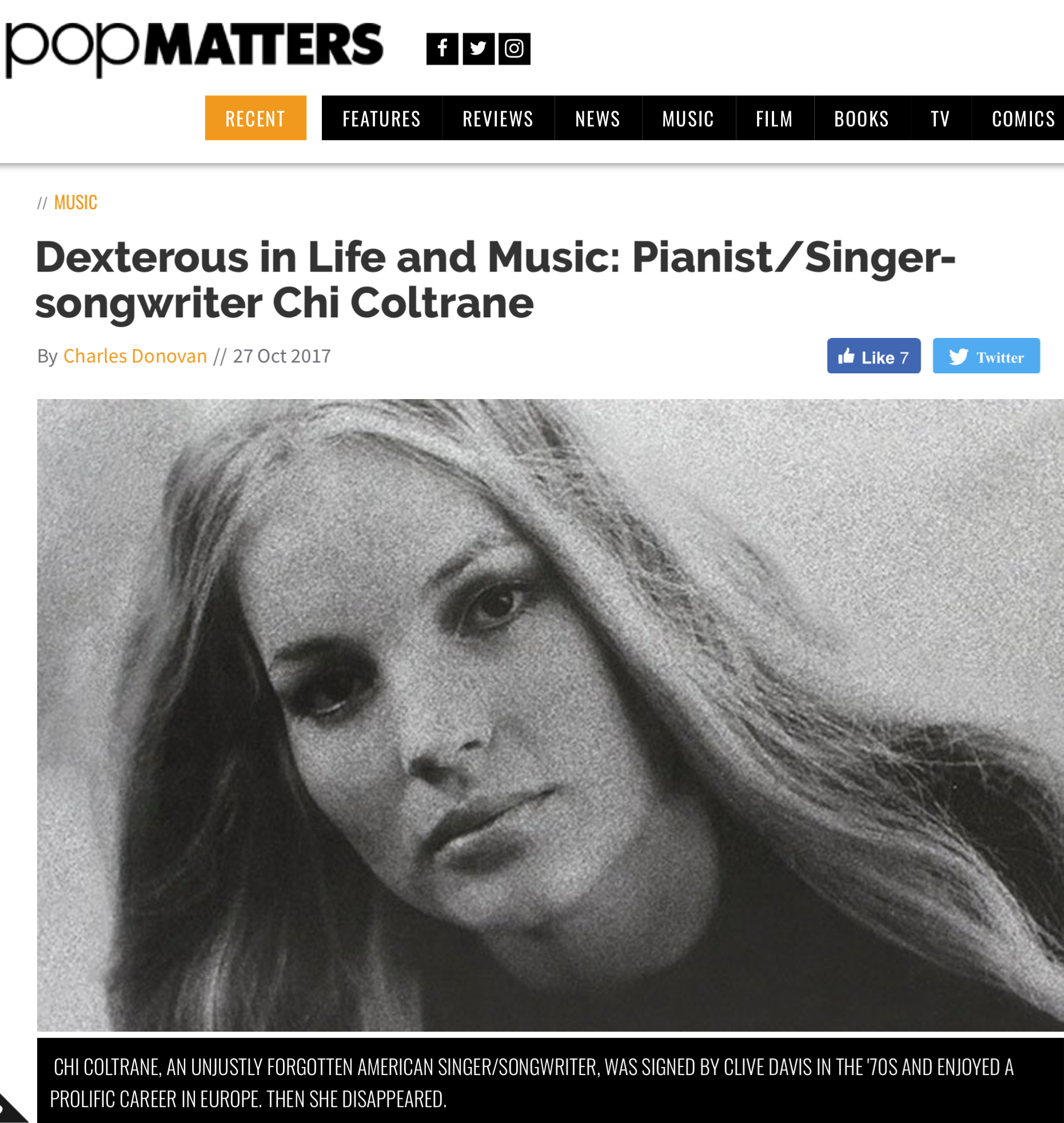