One of the most enjoyable rediscoveries for many singer/songwriter afficionados in recent months was the 1972 debut of musician/actor, Murray Head. His first album, Nigel Lived, was a fascinating and intensely immersive concept album that came and went on CBS with nary a blink. Each song told the next part of a sad and chilling story about a young man being chewed up by life in the capital. It was overseen by noted American producer, Joe Wissert. Thanks to a luxury reissue on Intervention Records, Nigel Lived has finally been getting some overdue atttention. Murray’s second album, Say It Ain’t So (Island Records, 1975) was excellent, more successful than Nigel Lived, but less experimental. I spoke to Murray for RnR Magazine. 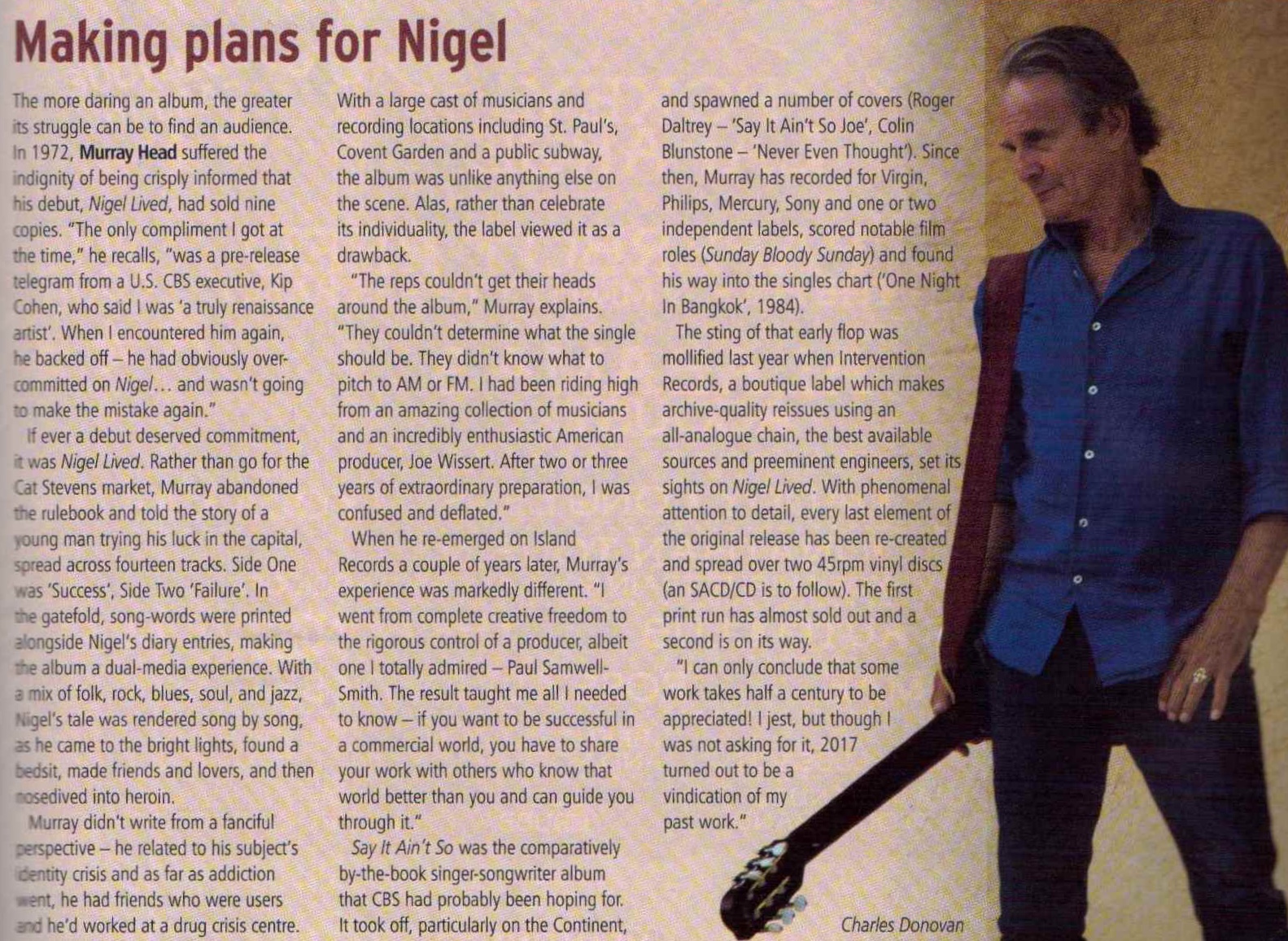