An hour of conversation with Jennifer Warnes for RnR Magazine; both enjoyable and profound. We touched on everything from bereavement to music industry ups and downs, and her first album in nearly two decades, Another Place And Time (BMG Rights Management). People who only know the Jennifer who sang the big movie theme songs are missing out on a lot. As great as that Jennifer was, there are many other sides to her work, including a terrific early-70s album produced by John Cale that recently became available again via Warner Japan. 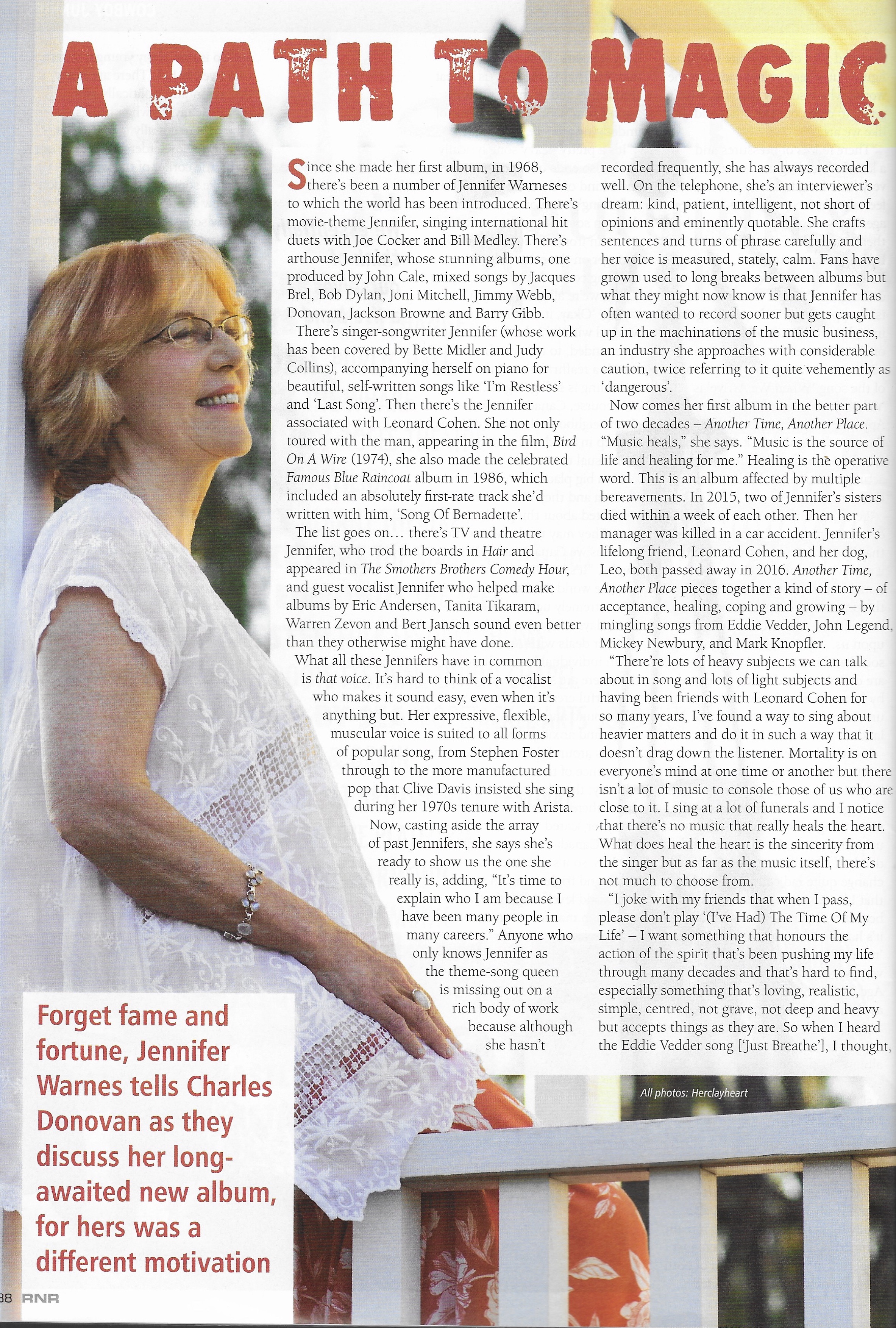 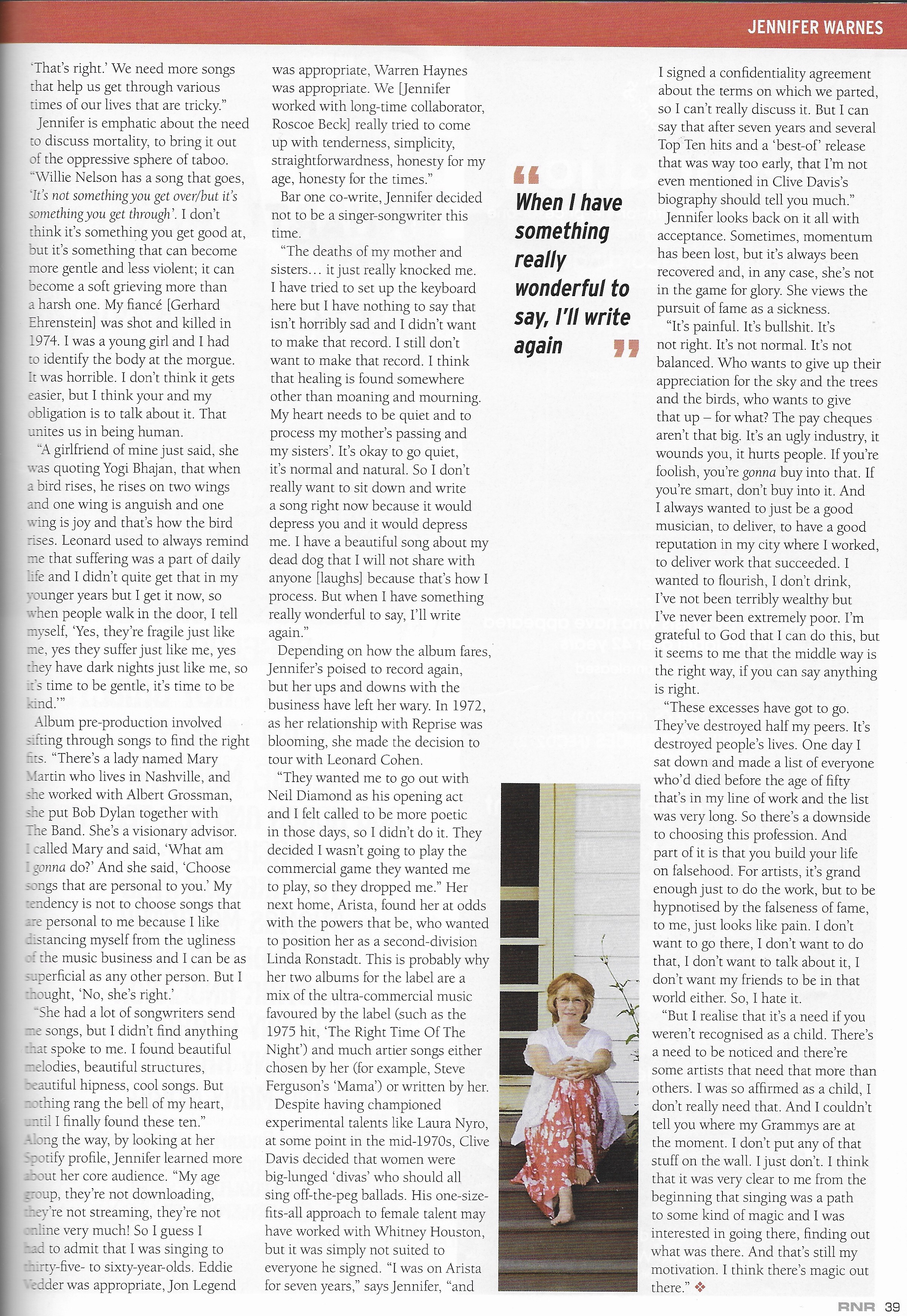