Originally in the November/December 2018 issue (Vol 2, Issue 72) of RnR Magazine, here’s my interview with Michelle Phillips, whose sole solo album (after five albums with The Mamas & The Papas, plus a film career), Victim Of Romance, had just been reissued by The Second Disc /Real Gone Records 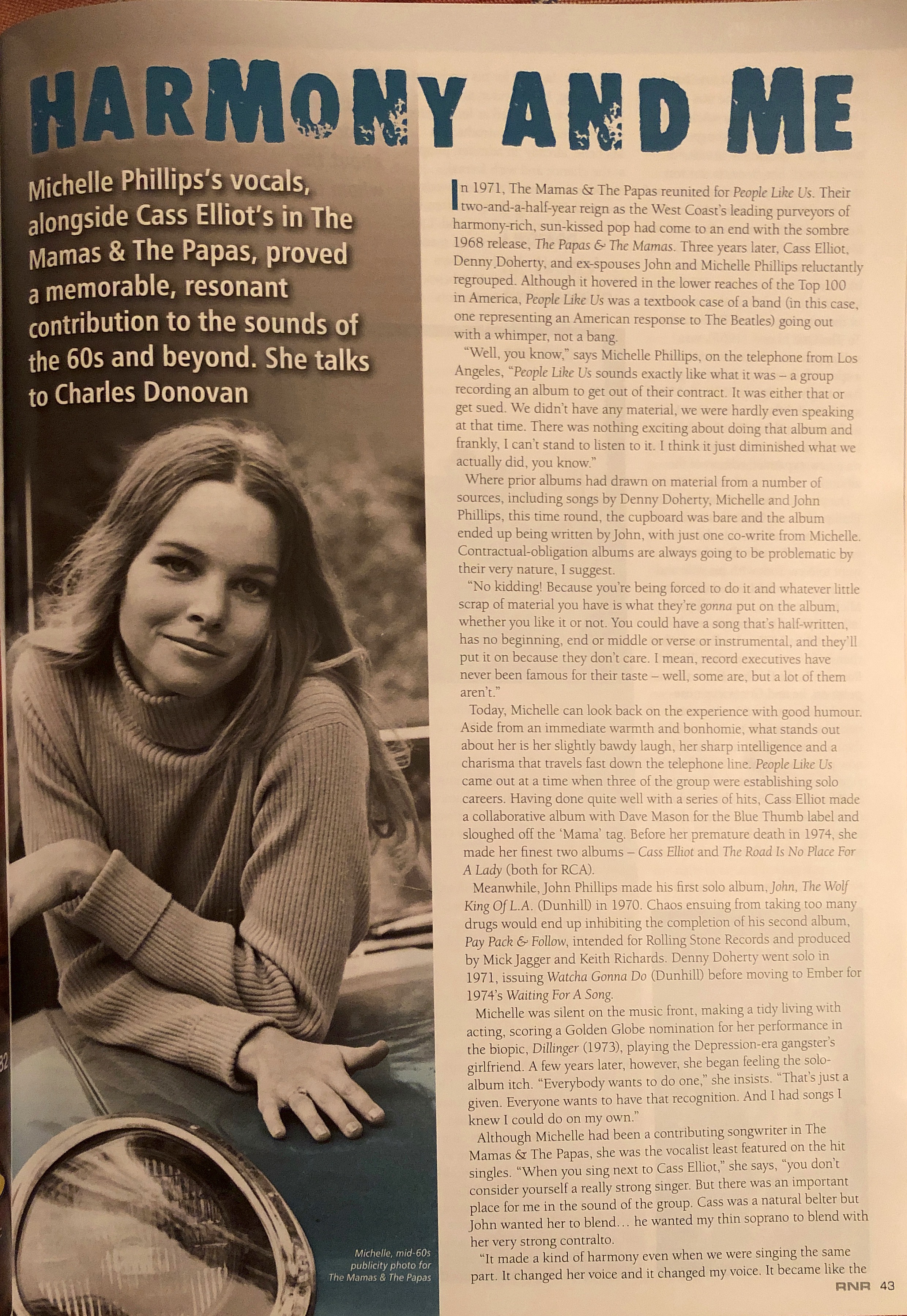 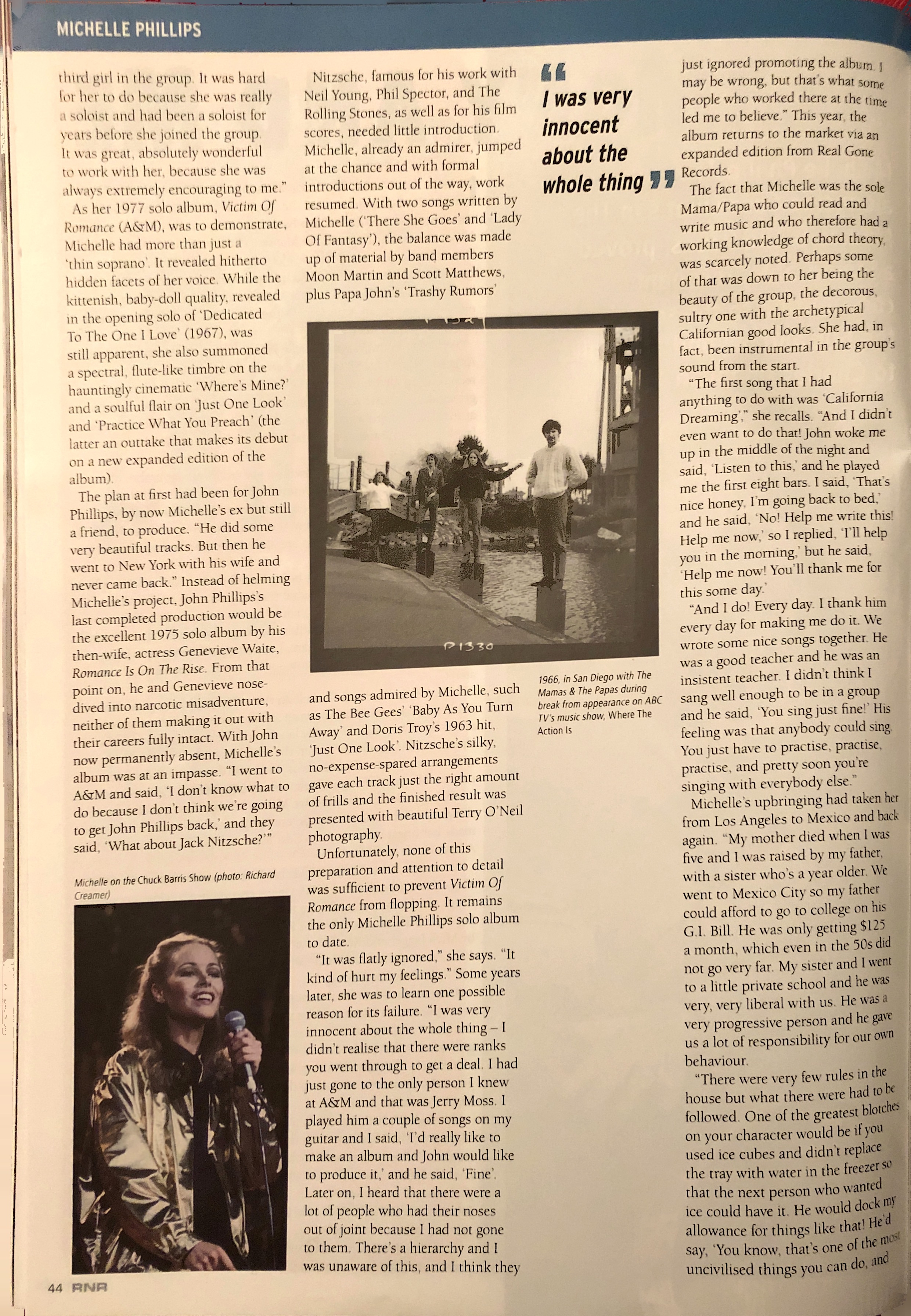 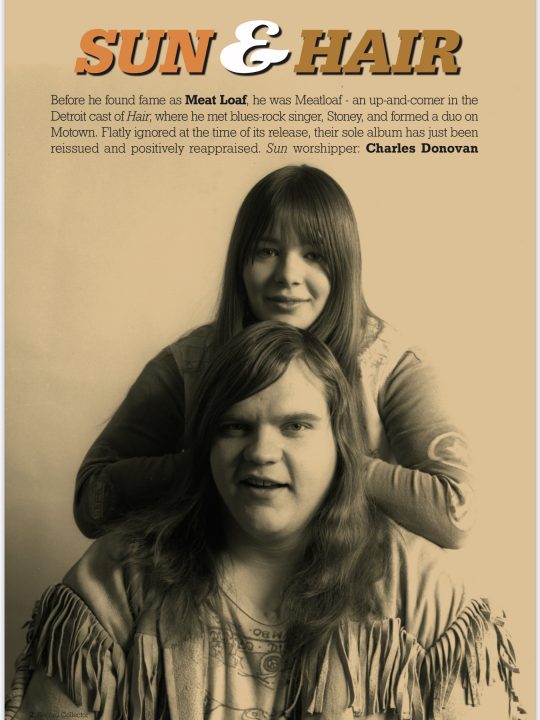