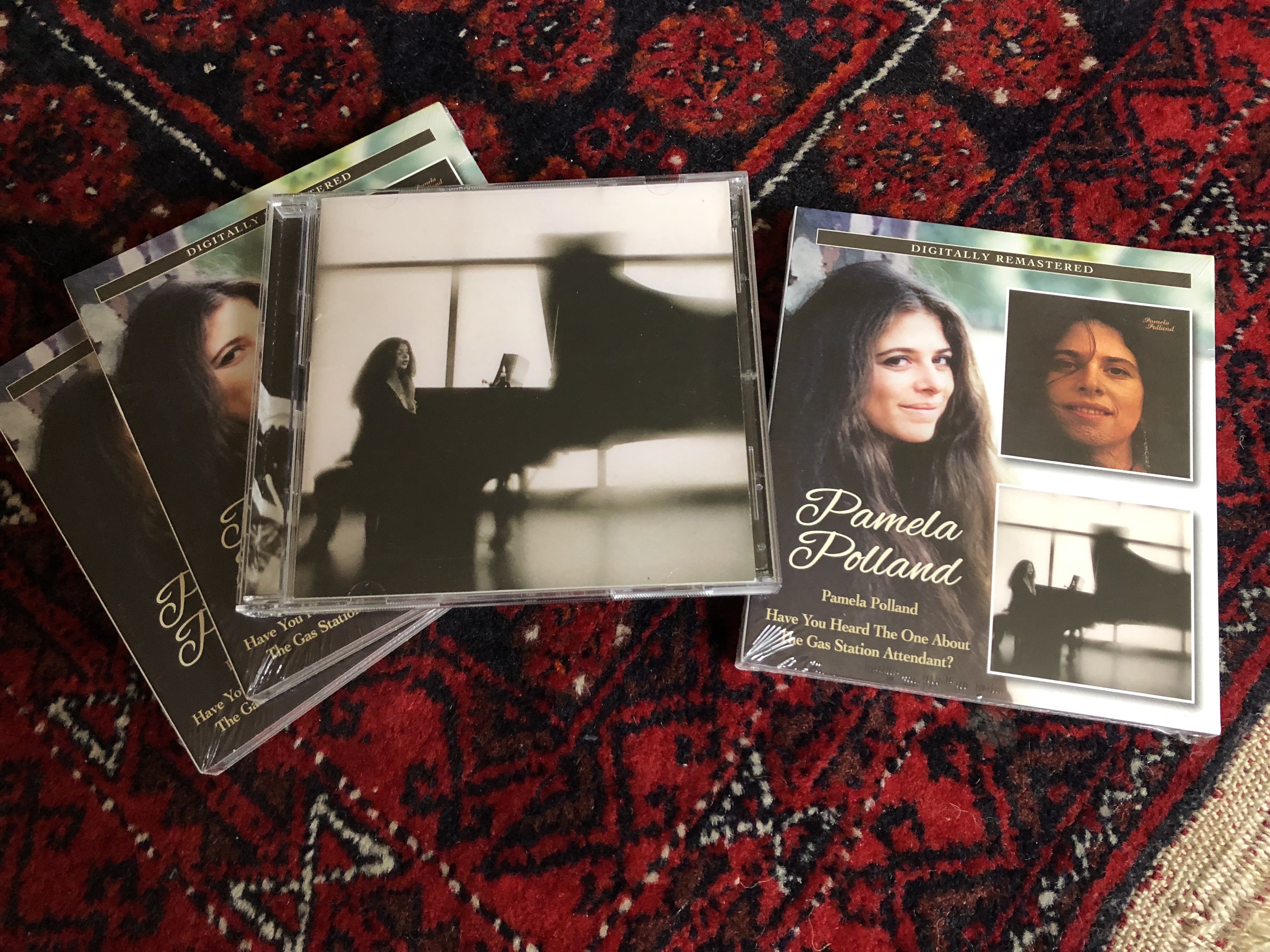 One of the missions I’ve been on in recent years is to bring a cancelled 1973 album by a dear friend of mine into the world. It’s an album I’d love even if we weren’t pals. In fact, when I first heard it, we were only acquaintances. Pamela Polland had already made one solo album when she began work on Have You Heard The One About The Gas Station Attendant? in 1972. The story of this fabulous, unjustly scrapped album can be read in a variety of places. More importantly, you can now buy it. It’s been issued on BGO Records, paired with the lovely debut (Pamela Polland, 1972). It was Gas Station that should have ushered Pamela into the realm of the superstar singer/songwriters. The sheer level of talent involved was astounding; not only Pamela’s considerable heft as a singer and songwriter, accompanying herself on piano, but also Gus Dudgeon (producer), Ken Scott (engineer), Joan Armatrading (vocal guest), Taj Mahal (guitar), plus names like Leland Sklar, Russ Kunkel, Barry DeSouza, Herbie Flowers and Ray Cooper. Add to that gorgeous, luminous arrangements by Del Newman and David Campbell, and you have one of the finest singer/songwriter albums of any ear. Just as it was heading for the presses, disaster struck, as you can read here. The story picked up again around ten years ago, when with Pamela’s blessing, I began to look into opportunities to finally get the album an official release. And now it’s here. Read more at:

NB – The first two pieces (Huff Post) were written while I was freshly out of a four-month hospital stay (broken back, feet and left arm), and not quite in my right mind and stuffed full of meds. The tone now makes me cringe but I can’t erase them and they’re part of the story.

The story of the album and its ‘missing’ master tapes – Huffington Post, 2013

An interview with Pamela and her manager for much of the 60s and 70s, Diane Sward Rapaport – PopMatters

There are scores of other stockists. My favourite is Dusty Groove, who’ve gone to the trouble of adding their own review rather than just rewriting the press release.