When people think of Asylum Records, David Geffen’s extraordinary boutique of singer/songwriters and (mainly) American bands, they tend to think of Joni Mitchell and The Eagles. Perhaps in recent years they might have come across Judee Sill. But they may not know that the label housed many other artists, almost all of them exceptional, who didn’t get the attention they deserved. Karen Alexander, a Californian singer/songwriter, made two albums for Asylum in the 1970s. The first, Isn’t It Always Love, was very much influenced by her world travels and her relocation to Iran, although you wouldn’t know it from the slightly twee cover art. It’s a glorious piece of work that was reissued in Japan a fear years ago on CD. I tracked down Karen last year and caught up with her at length via Skype. Here’s the result. 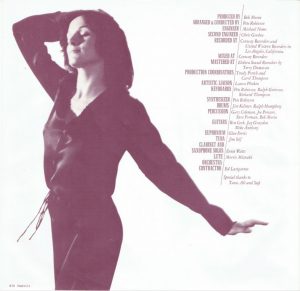 Above: Detail from the inner sleeve of Karen Alexander’s second album, Voyager.