Some things deserve an exclamation mark. One of the most fascinating projects I’ve been lucky to be part of has been the excavation of a cancelled 1969/1970 album by a very talented singer/songwriter/model/actress from the States. Polly Niles was signed to Britain’s prominent independent label, Ember, at the turn of the 1960s. Her album mixed a few of her own songs with covers of Stephen Stills, Bob Dylan, Neil Young and others. This project was only going to get going if we were able to find Polly and bring her in on it. Several of us put out feelers but, in the end, it was the simple act of placing a kind of SOS on my website that did the trick. 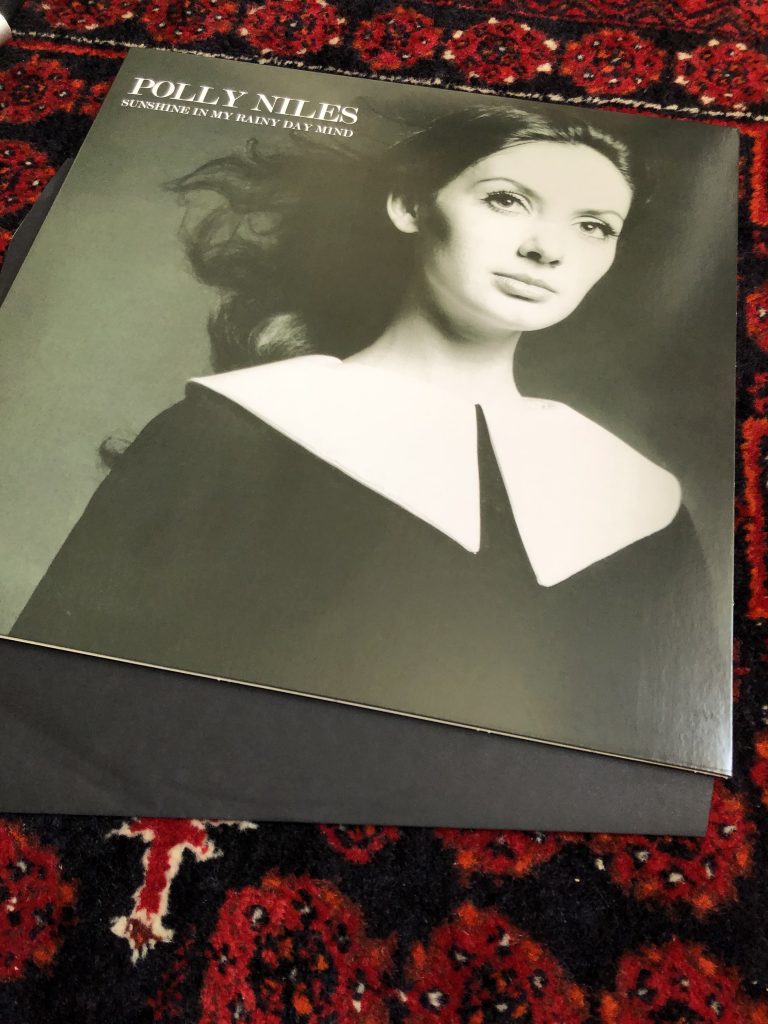 Immersing myself in Polly’s music and speaking to her about her life in entertainment so that I could write the liner notes has been a pleasure from start to finish. The vinyl edition of the album is available now in a gorgeous gatefold package as part of Record Collector’s superb Rare Record Club. Next month, via Cherry Red/Grapefruit, comes the CD version, which is an expanded edition, practically quadrupling the album in length over two discs, featuring mono versions, alternative versions, works in progress and brand new mixes from the original multi-tracks. Some of Polly’s Ember recordings have trickled out via various-artists compilations over the last few years but now, finally, her album can be heard in full.