Rosie is #4 in my current series of glimpses at the wonderful lesser-known acts in my music library. Scroll beyond the images for the blurb… 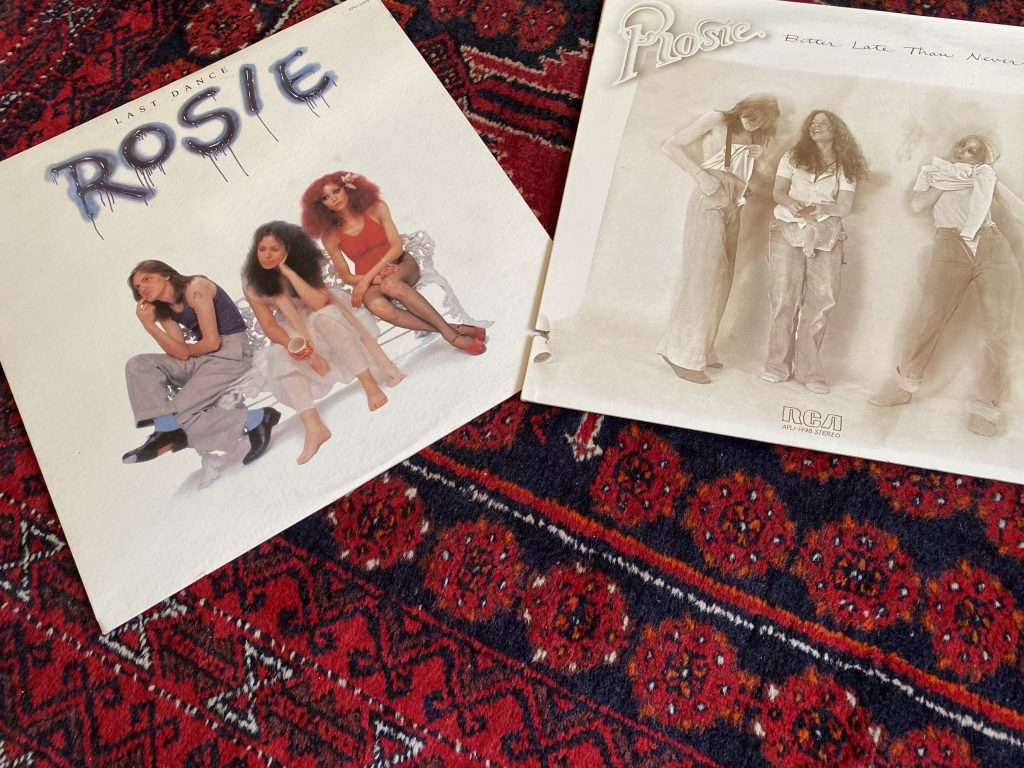 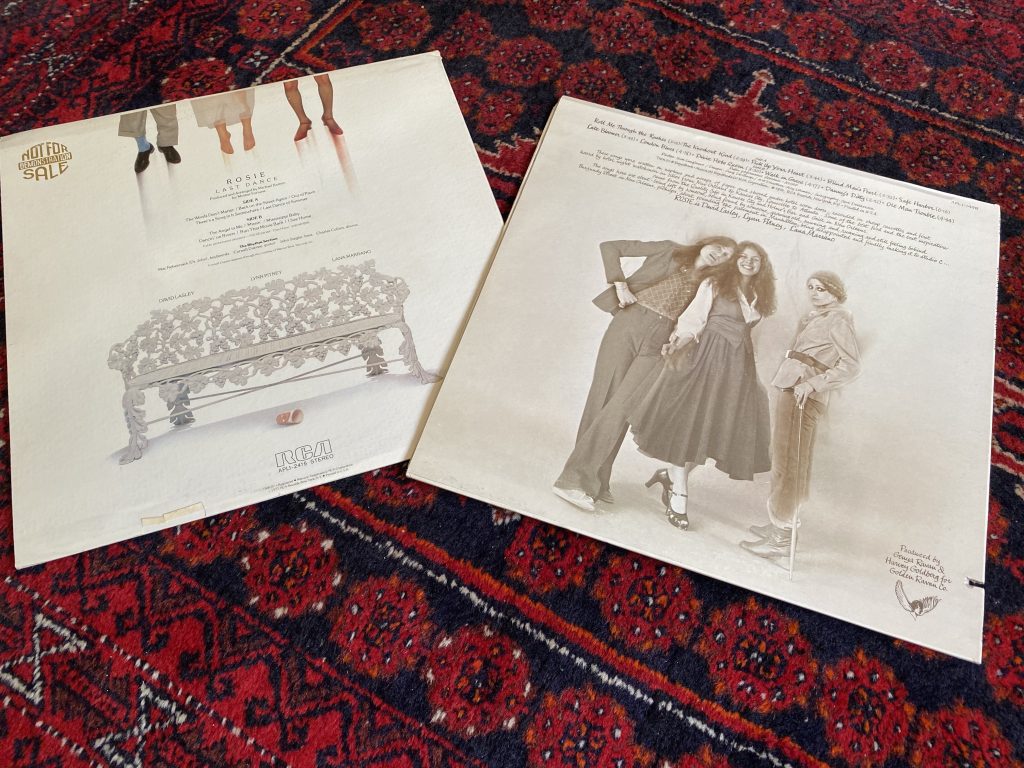 David Lasley – exceptional songwriter, lead vocalist and backing singer – first came to prominence in Rosie, a tremendous, New York cabaret-soul trio signed to RCA. His talented band-mates were Lana Maranno (also a songwriter) and Lynn Pitney. Their first album, Better Late Than Never, was produced by legendary Genya Ravan. If you read Ravan’s memoir, Lollipop Lounge (and it’s well worth it), you’ll come across her vivid reminiscence about auditioning Rosie (Ravan had just inked a deal to produce other artists for RCA). In a matter of seconds, she realised they were something special.

Rosie’s second and final album was Last Dance – smoother and more polished than the debut but, alas, no greater a success despite a first-rate production job by Michael Kamen and another set of strong songs from the group and one or two co-writers. On the credits of both Rosie albums, myriad important names are to be found, whether it’s the late Allee Willis, arranger Charlie Calello, Dr John, Marsha Malamet and James Taylor (Lasley would have an enduring role in Taylor’s touring company as well as singing on several of his albums). What the other two members of Rosie went on to do, I’m not sure. Some of the songs Maranno wrote with Lasley were picked up on by other artists – Chaka Khan recorded ‘Roll Me Through The Rushes’ on her first solo album in the late 1970s. The Rosie sound endured here and there on Lasley’s first solo album, the excellent, semi-conceptual Missin’ Twenty Grand (1980).

The Rosie albums have been reissued on CD in Japan – twice, in fact. The first time, there were bonus tracks (I haven’t heard them, but I believe some alternative versions were added to Last Dance – as for the first album, I’m not sure). Then, a year or two ago, they appeared again – and these more recent editions are also more affordable. I cannot recommend them enough – the trio has a gorgeous vocal blend and their songwriting is consistently lovely. We are now living in the post-song era, where pop music is more about production than the crafting of inspired melody lines. Rosie are very definitely from the song era.