Even though I only caught on to them as they were nearing their demise, ABBA were a prominent fixture of my childhood. I listened to the new vinyl reissue of Super Trouper (two discs, 45rpm, mastered by Miles Showell at Abbey Road) for PopMatters and shared my impressions. In fact, since I don’t feel particularly confident about my ability to pick up on the qualities that make one mastering better than another (although I’m certainly no fan of ultra-loud CD remasters), I reflected more on the album itself than this particular edition.

While the first two albums in the half-speed series (Arrival, The Album) weren’t particularly well-liked, last year’s Voulez-Vous got a big thumbs up. Of course, what every audiophile probably wants are AAA vinyl reissues of the first seven albums (I’m fairly certain The Visitors was the group’s first digital recording, but I suppose it’s possible there were digital elements in Super Trouper). 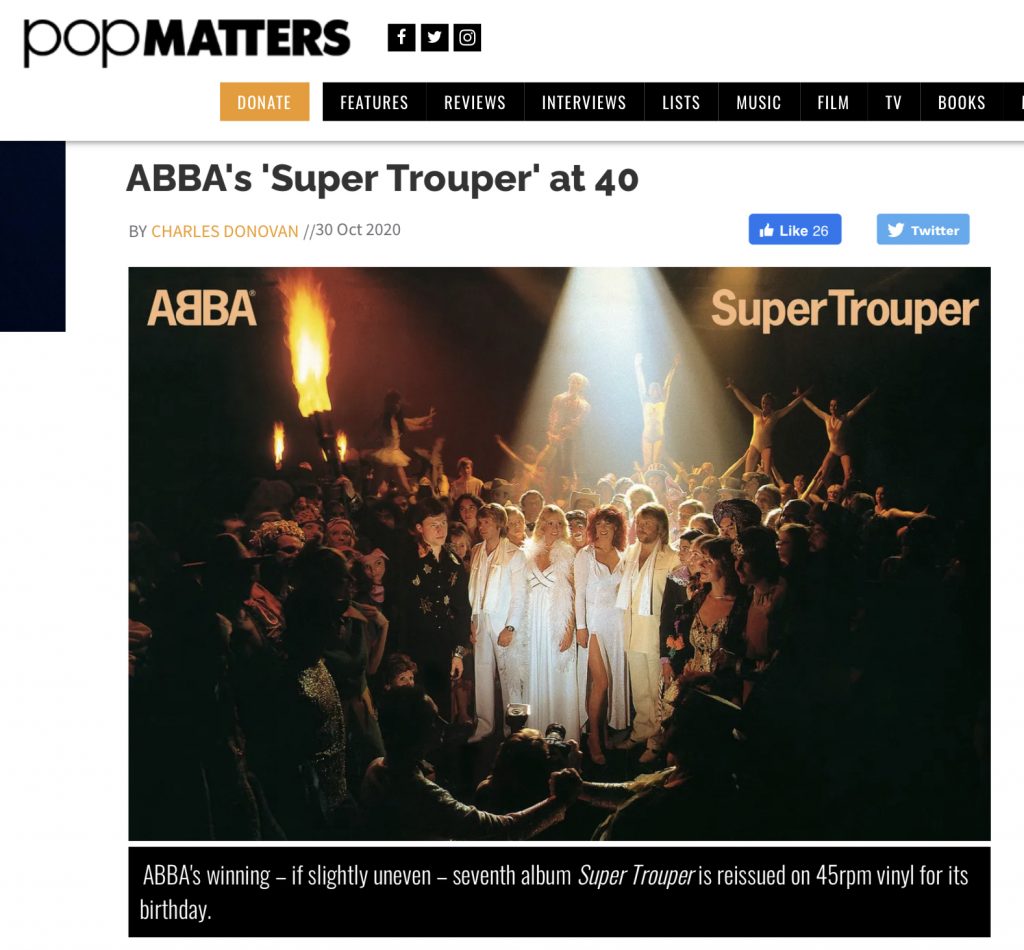