In the run-up to the publication of my Carly Simon interview/feature for No Depression’s Spring 2021 issue, marking the 40th anniversary of Simon’s 1981 Warner Bros album, Torch, I’ve been running some of the material for which there wasn’t room. Fortunately, there was room to quote producer, Scott Litt, who, at the time of Torch, was a young mastering engineer in New York. Today, he’s widely celebrated for the series of REM albums he produced, in addition to many other accomplishments. Here’s a little bit extra of what he told me. 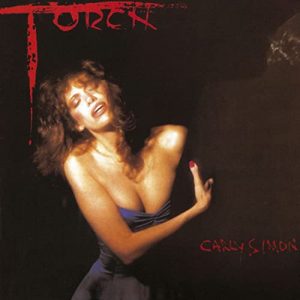 “I was working as a staff engineer at the Power Station studio in New York in 1980. I had worked with producer Mike Mainieri on a Stephen Bishop record as well as on Mike’s jazz recordings. When he was hired to produce Carly Simon, I just kind of followed along. So I engineered the album Come Upstairs in 1979-1980 and then was kept on for Torch.

I loved ‘You’re So Vain’. And the more I learned about Carly’s first recordings, and her work with Paul Samwell-Smith (and his work with Cat Stevens), the more I aspired to make records that sounded that good. Really great stuff. So to be able to make an album with an artist that has that much presence was a great pleasure. And an education. I learned a ton.

The atmosphere was great. It was pretty trippy with all the different arrangers and musicians but it was super fun. I don’t think I realized at the time what it all meant. Carly was making the album she wanted to make, but it was probably a stretch for her label, Warner Bros, as to how to promote it. This was before pop artists were doing ‘standards‘ records. So I give her and Mike props for that. I would say my most vivid memory was Stephen Sondheim in the control room weeping when he was hearing Carly singing ‘Not A Day Goes By’. That, and meeting B.B. King… 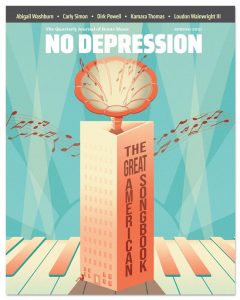