Lynn Goldsmith is an American multi-media artist whose work has illustrated many notable album covers. But some people will know her by her Will Powers alter-ego, and the early-80s Island Records album, Dancing For Mental Health, she released in that guise. The album was a kind of self-help musical satire and the accompanying UK hit single, ‘Kissing With Confidence’, featured vocals from her long-time friend, Carly Simon. Two years earlier, Goldsmith had created the ravishing cover for Simon’s 1981 album, Torch. I made a point of getting in touch to ask her about it. 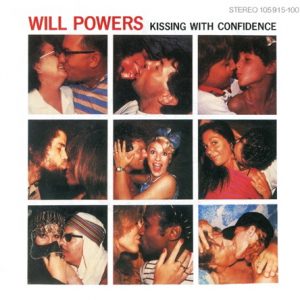 “I’ve known Carly since before she ever had a record contract. We’re very good friends. I never pursued her – I don’t really pursue people whether they’re friends or not. They know I make pictures – it’s part of who I am, so that’s part of the package of having me as a friend. I had photographed her before, for some singles, for example ‘Why’, the one that Niles Rodgers produced. And there was one where she’s sitting by the window, so I’d done other things with her.

Torch was a departure for her in terms of the kind of songs that she was doing – they were songs about betrayal, love gone wrong and unrequited love and Carly at the time was going through her divorce with James Taylor. When I photograph albums, I listen to the music and what it’s about, and I try to create a cover that reflects the feeling of the artist and the message that the artist is trying to get across. That’s the age that I grew up in – you know, with album covers where you’d sit and hold them and look at them while you listened to the music and it enhanced the experience of them and your connection to the artist.

When I have the opportunity to not only conceptualise but oversee the design of an album, pick the images I want along with the artist, those end up being my favourite covers and the ones that get the most response from fans, like Frank Zappa – Sheik Yerbouti, all the Grand Funk covers, and Patti Smith’s Easter. But when I’m hired by an art director at a record label, generally I look at that more like it’s a job. Torch was one of the former kind of projects. Carly, her manager Arlene Rothberg, and I did it ourselves and said to the label ‘This is what we’re doing’. We photographed the album at Carly’s home on the Upper West Side in New York, where she’d lived for quite some time with James. Ben was only about three years old. The first time we tried shooting, Carly was crying so much that I just said ‘This isn’t working’. I mean, I thought, ‘part of it fits Torch but this is not good, so we’re gonna do this again’.

I didn’t know what I was gonna do. I really didn’t want to be shooting a cover while she was feeling so low. Like any good girlfriend, I thought, ‘Well, the way to get her mind off this breakup is to bring in another guy’. There was a television show in New York, well all over the world, very popular, called Dynasty. One of the stars of the show was Al Corley who was a very tall (and Carly’s tall) blond-ish, handsome guy. Oftentimes, because I not only photograph musicians, but a range of people, particularly movie and television stars as well as sports figures and politicians, it meant I was a conduit in those days for people to meet each other. I mean, that’s how Richard Gere met his wife, through Herb Ritts, not his current…well he’s not married any more…but that’s how he met Cindy. It wasn’t like today where there are all these parties and different kinds of people meet each other. Basically, people met each other through the photographers who had a wide network of relationships. So I thought ‘Oh, I think she’d like Al’. I called him and said, ‘Al, I need help on a Carly Simon session’ because I had photographed him and made friends with him and he was like ‘Carly Simon?!’ And I said, ‘Yeah, would you like to come with me because I could use your help and maybe you’ll be a prop, a model in it, or you could help me move the lights around.’ And he said, ‘Yeah, I want to meet her!’, so I brought Al for the shoot.

We set it up for another day and I didn’t tell Carly I was bringing Al. As soon as we walked in the door I knew there was chemistry and Carly wouldn’t be crying! In those days, there weren’t really stylists on photoshoots either, so I brought along the pink dress on the cover, a Norma Kamali dress. If an artist sweats in some expensive garment that I’ve bought, I can’t return it, I have to keep it, so that’s why you can see that dress in later pictures on Pat Benatar. You know, bringing clothes with me, bringing the guy with me, it allowed Carly to be able to give a performance, to act and be present in the play of making images. We did a number of pictures inside, with Al and without Al, and then we went up to the rooftop and that was where the cover shot was made. I shot there from dusk until it got dark and we had champagne, so you know, it was really a fun session and afterwards I went home but Al stayed for three years! I think it helped Carly through a very difficult period of time, not only the breakup with James – being the single mother of two kids and having a career can be very overwhelming. 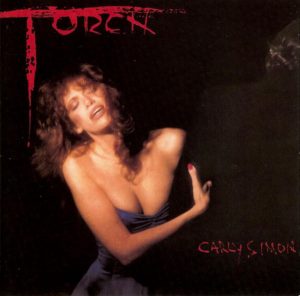 I think the image captured what Torch was about. At the moment we got the cover shot, I was probably screaming, ‘Pull on his arm!’ I knew what I was going for and the moment you have it, when it really connects to what the music is, there’s a great feeling of satisfaction. If I think I’m getting close to it, I just keep shooting, I don’t let the artist go, because you go through a certain point and then you can really hit it. And that happened with Torch.

It helps that I have a connection to how much music can mean to a listener, how they can either find it to be healing or find it to be an inspiration or they can just find a connection that allows them to reach more of their own potential. I feel that the album cover, particularly when it was 12 by 12, created a situation where music was more or less a gestalt, where the sum of its parts is greater than just the single part alone. That was what Will Powers was about as an optic musical – the videos I made weren’t commercials to sell an album, they were made as a gestalt, they were made to enhance the experience and to deepen the experience, and that’s how I viewed album covers. With Sheik Yerbouti, Easter and Torch that was achieved, and I did the first 3D album cover with Grand Funk, with punch-out 3D glasses, and it reflected who they were at the time and what the music was about. That’s the fun for me of manifesting images – I don’t necessary think of myself as a photographer, I think of myself as a conceptual artist who uses various tools to get what’s in my head out for other people to see and/or hear or both. 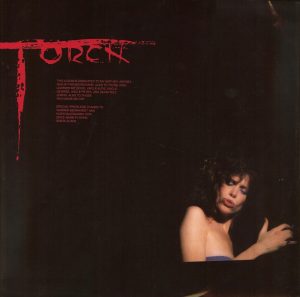 Now I’m painting and my paintings can be seen on my website, lynngoldsmith.com, and I own a brick-and-mortar gallery in Nashville as well as it being online. It’s really more an online gallery which features not only my work but the work of what I personally think are the iconic photographers in rock’n’roll, like England’s Terry O’Neill – like me he has a wide range of work, not just musicians. Or Barrie Wentzell, one of the photographers for Melody Maker and the early music magazines. If you go to rockandrollphotogallery.com there are images of mine over the course of 50 years, but there’s all those people as well – Norman Seeff, Greg Gorman, some newer photographers, Michael Joseph who did Beggars Banquet. I think that art is important to uplift us and to connect us but I also feel that photographs of music icons are reminders of a time where things were less divisive. And if they were divisive, people stood up and tried to change the world in a more positive direction. It wasn’t a world of profit at all costs. It was a time before the music business grew so big and became a business. So that takes a certain amount of time and energy in my life. I still make pictures, thought not always of musicians. I have a body of work that is kind of aligned with Will Powers called The Looking Glass. It’s self-portraits. And I’m always doing books; I had one last year with Taschen. Patti Smith wrote a number of things for the book and we asked Sam Shepard, before he was lost to Lou Gehrig’s Disease, to write a poem for Patti which appears in the book. That book has great meaning for me. Now I’m doing a book for Rizzoli which focuses on rock’n’roll through the decades.

I’ve always felt very welcomed by the UK – that was really the place that has supported my alter-ego, Will Powers, to the strongest extent, and actually continues to do so, and that always makes me feel like I have done something meaningful in my life!

Torch did not get the attention or accolades it deserved because people don’t like you departing from what you do. Carly doesn’t really get her just due on that level. That project was very important to her. It’s not something the record company wanted her to do. They knew how to sell songs likes ‘Anticipation’. And some years later, Linda Ronstadt and other artists put out records of songs from that era, but Carly had done it before them. She really had to fight the label. She was expressing herself as an artist, saying, ‘I don’t want to do the same thing all the time, I want to do what my heart is telling me what to do.’” 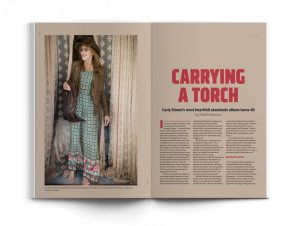 For more about Lynn Goldsmith, visit: