Ugh. What was wrong with me up until about 2013? Every cutting of mine, from my first job around 1993 until 20 years later, leaves me cringing so intensely I can hardly speak. And very worst of the very worst were the short-ish reviews I wrote for AllMusic Guide in my early twenties. Not all of them, but most. The tone has a bumptious self-assertiveness that I just cannot relate to as ever having been part of me. But it was, so there’s no getting around it. I thought, because I’d had some good jobs (and a fantastic boss, Shona Crawford Poole, who helped me go from bad to less bad), it followed that I was a good writer – an assumption only a fool would make. I’m now convinced the best work comes from people who don’t grade themselves anything more glitzy than ‘competent’. Anyway, let’s suspend my handwringing embarrassment for a moment and look at this – a personal account of listening to The Main Refrain, the terrific 1976 album by singer/songwriter, Wendy Waldman. Towards the end, you’ll see just why my youthful talentlessness is weighing on my mind. From RnR magazine (Issue 95, 2022). I’ve hyperlinked to the WW website, but it seems to be down at the moment – a temporary state of affairs, I hope. 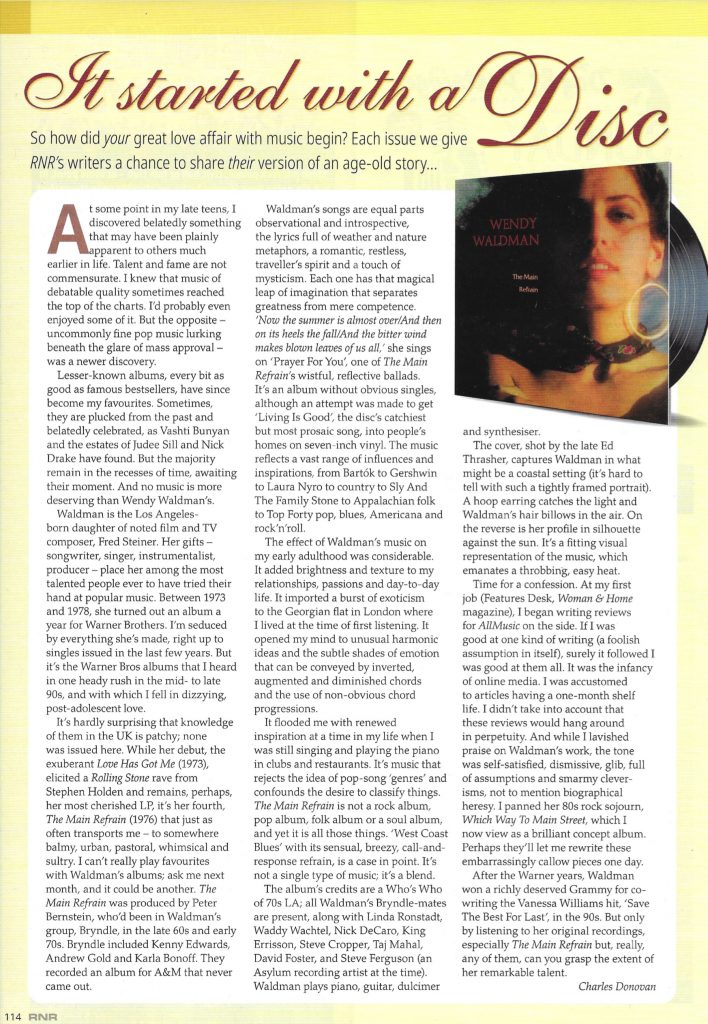 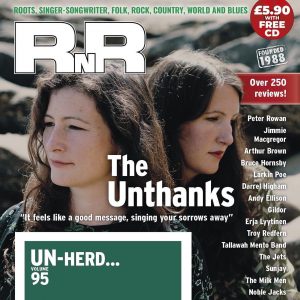